For starters, this Stauf’s Granview Engagement is one you don’t want to pass by! Check out how stunning Kara and Alex are! Super cute, right? If you think they’re stunning, just wait until you hear their love story, which may or may not include the world’s most photogenic golden retriever!

Once I saw the patio space with the eye-popping red chairs, I was sold! Coffee shops have become my new favorite place to shoot!

Alex and Kara first met at a friend’s pool party in Cincinnati on a hot summer day. Talk about perfect timing! Their conversation lingered from where they grew up to discussing their favorite things. Alex talked about his bourbon collection and his love for Cincinnati. You can find him cheering on the Bengals and Bear Cats on any given Saturday in the Fall. They found commonalities, one being that they are both foodies!  Now their weekends are spent scouting the best places to eat in Columbus.

I was behind the camera as these two were naturally enjoying a cup of joe and smooching between sips. It wasn’t difficult to ask Kara to show off that rock. I mean, c’mon, how simplistic yet elegant is that ring? An exact representation of her personality.

Alex proposed to Kara during her birthday trip to Chicago in July 2016. Kara was eager to celebrate her birthday in the city, and Alex knew his gift would be one she would never forget. Kara was shocked when Alex got down on his knee but didn’t hesitate to say “Yes!” After finishing the last sips of coffee, we embraced Fall by heading to shoot in front of the glimmering leaves covered in the sunlight.

Alex and Kara rocked every shot, but then they added Walter, the couple’s photogenic golden retriever, to the mix.

I’m pretty sure Walter was loving every shot as much as Alex and Kara.

Walter was welcomed to their family after three and half years of dating. They were both ready for a new adventure, so, in came Walter! Or as they call him, Wild Walter. “Energy” is his middle name!

Alex and Kara laughed as Walter stole the show. Our last location was Glen Echo Park where we made it just in time to embrace this quiet, secluded spot. The couple found the sweetest places to share kisses while stepping in the fresh Fall leaves. Kara had the most gorgeous red dress on that enhanced the glow of this bride-to-be.

As you can tell, with every shot this couple’s love for each other continued to grow. Alex and Kara picked out the sweetest locations where they were truly in their element. I’m already counting down the hours until these two are in front of the camera on their wedding day! 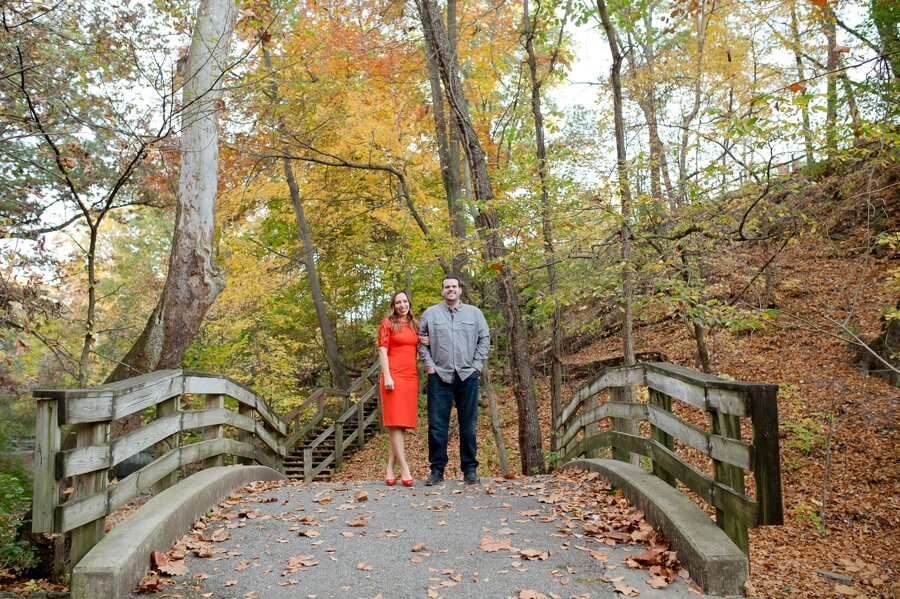 Stay up to date with Forget Me Knot Photo on Instagram!

Interested in booking a shoot? Head over to my online form and tell me a little about yourself!